This article was originally published in The Catholic Weekly.

Bishop Terence Brady is full of gratitude for a “blessed” life as he steps down from his role as an active bishop of Sydney.

Bishop Terry, as he is known, reached the canonical retirement age of 75 in April and Pope Francis recently accepted his letter of resignation.

Sydney-born and raised, he’s staunchly proud of his Irish Catholic heritage and sees himself as continuing the legacy of his forebears who established the Church in this country, including the founder of St Mary’s Cathedral and one of the colony’s first priests, Fr John Therry.

“For a long time Irish Catholicism gave the nation a social heart and a social conscience, and the priests stayed very close to the people,” the bishop said.

“And I can see why a lot of the Irish when they came here got on extremely well with the Indigenous.

“There’s a connection with the earth and with nature and they tend to be mystics as well, they have a deep spirituality about them.”

Bishop Terry has a life-long affinity with the disadvantaged and the poor, and a deep devotion to the spirituality of the heart and Our Lady of the Sacred Heart.

He began volunteering at the Matthew Talbot hostel for homeless men as a Year 8 student at De La Salle Catholic College in Cronulla.

It channelled his desire to serve others and fuelled the strong faith nurtured in him by his parents Bernard and Mary Teresa.

They combined practicality with a deep prayer life and were devoted to serving others.

“I’ve seen my father come home at night, in his old FJ Holden in those days, and gone out again to check if some guy was still standing there that he’d noticed earlier while working that day, to see if he was ok. If he was here today he’d be forever busy stopping [to help].”

Looking back, he sees his vocation as embedded in the first four years of his life living at Dover Heights where the parish priest Fr Con Sexton was a family friend.

“Then when we moved to Oatley Fr Basil Jansen was a very good pastor. He cared about the people, he knew everyone in the parish, and he always took an interest in us,” he said.

Thinking he would struggle with the academic side of the seminary, as a teenager young Terry joined the Missionaries of the Sacred Heart at Douglas Park.

If not for them and the formation they offered, he says he would never have become a priest.

“They opened the door to priesthood for me, they saw the possibility of it, along with others, and of course that was in the window just after Vatican II as well, when things were changing,” he said.

“And I got this bug. I wasn’t thinking of parish life or anything specific, I just had this calling to priesthood. But I know in my case the calling for me was so much better in a parish setting because that’s where I feel most at home, in a community. “ 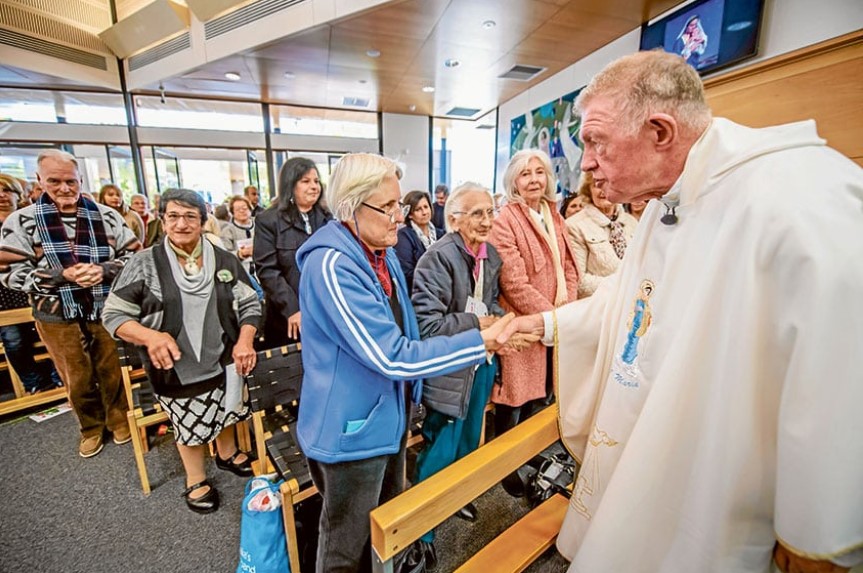 He’s encouraged by what he sees as a heightened social conscience among today’s young people as today’s cost of living and other pressures make life increasingly challenging while the poorest and disadvantaged – as always – bear the brunt.

“It’s never been easy but I think we’ve seen things (get tougher) in the last few years.

“But I think we’ve got a generation of people coming through that have that social awareness and with enough encouragement they will come through as the prophetic voices we need,” he said.

Bishop Terry says his biggest challenge was in parish life when transitioning from ministering in Sydney’s western suburbs, followed by Kingsgrove, to Mosman in 2004.

“I’d forgotten that the different parts of Sydney are very different. I tried to implement what had worked well before but it didn’t work!” he said.

“But those good Catholics who are always around you come in, help, encourage and lift you up and then everything went very well. It’s a great community there.”

His appointment as bishop in 2007 came as a huge shock.

“I couldn’t believe it and it certainly changed my life.

“But once again I’ve found that the people have been there with you and supported you. It meant I got to know the Australian bishops and they are a good group; and I’ve been privileged to be involved in things I never imagined.

“Also what’s been very important throughout my ministry is the presence of religious women. They keep their eye on you and let you know when [you need] to pull your socks up.” 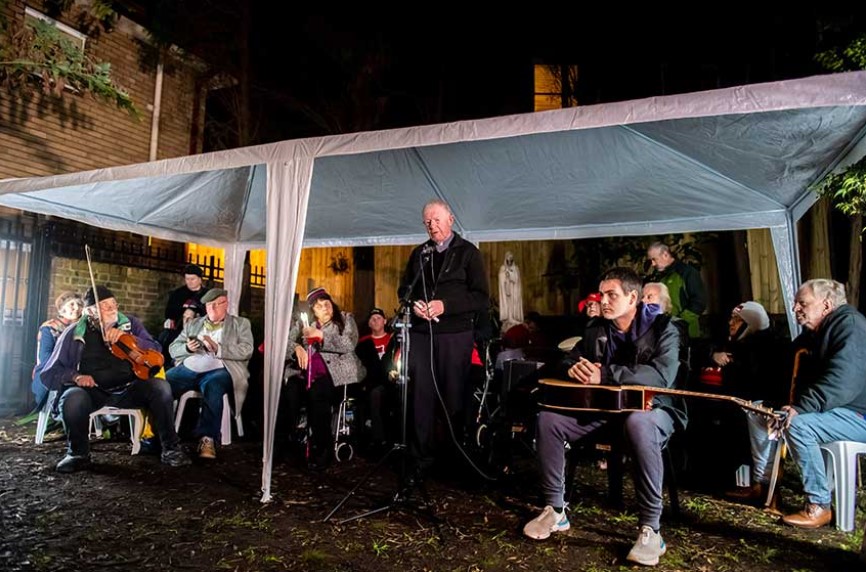 He’s close to St Mary MacKillop and Servant of God Eileen O’Connor and believes Eileen interceded when a cancerous tumor was discovered on one of his kidneys in 2019.

“They removed it all and I didn’t need any chemotherapy or radiotherapy. Often with kidney cancer it’s too far gone by the time it’s found, so I thought it was quite miraculous.”

Stepping down as an auxiliary bishop of the archdiocese has felt bittersweet, but he’s looking forward to an active retirement that will bring him full circle serving in pastoral care at St Vincent’s Hospital.

“But in this case I’ve had plenty of time to prepare myself, and there’s plenty more to do out there. I’m looking forward to being back at the grassroots with people much more, and spending more time with the Lord as well.

“Going up that mountain is important for all of us. But I think particularly in the final part of your journey, to prepare yourself and say thank you for all the blessings as well.

“I’ve had my ups and downs but I’ve been so blessed, with the goodness of people all through my life, growing up in my family, the parish, the community, and all the parishes I’ve been to. And the greatest privilege has been getting to know the people on the streets and being around those who are doing it tough.”