Recently we were blessed to interview Fr James (Jim) Boland OAM, a retired priest and magnanimous individual, who brought hope and healing to thousands of serving men and women in New South Wales. Here is his story.

Tell us about your journey to the priesthood.

I came from Catholic stock, a few relatives were nuns, priests, and the like. I was an altar boy, very close to the parish. We had a flourishing Legion of Mary group, and we frequently visited the old and sick in the Legion. The saints were our heroes back in the days. St Tarcisius will always stand out as my favourite: an altar boy and child martyr, who brought the Eucharist to Christians in the Early Church and was killed for his commitment to the Body of Christ.

From an early age I thought I had a vocation. I remember clearly, aged seven, asking my grandparents: “what is it like to be a priest?” They thought I asked what it was like to be the police!

Eventually I joined the Manly seminary, and after my studies was sent to Riverwood Parish under the wonderful guidance of Fr Jim Byrne. It was a great introduction to parish life. After Riverwood, I moved to the devoted parishioners at Cabramatta. We particularly saw the influx of multiculturalism there.

How did your work alongside the Police begin?

It was at Cabramatta that I came in contact with police officers for various incidents: suicides, domestics, accidents. These were often high trauma incidents and the officers were not trained to handle the mental toil of these situations. I began to get to know these officers as friends, and eventually was asked to become an Orderly to the Police Medical Officer.

In 1972 there was a horrible assault case, similar to the later Anita Cobby case in the 80s – where the offenders were caught just down the road from where I happened to be. The officers involved were horribly traumatised by what they had experienced, but had no one to go to. It was at this point where I turned to another two priests, who were in agreement that the Police needed something for these men. 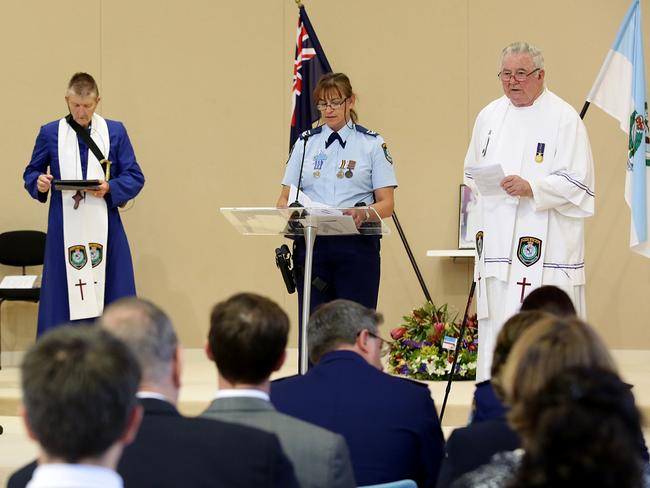 The Police Force in the 70s had nothing in the way of therapy for officers recovering from trauma situations. Every Monday, the Police would have a ‘parade’ of officers, affected by high trauma situations, to see if they were fit to go back to work. The majority had untreated problems.

Something had to be done. And so I approached the Commissioner of Police, Fred Hansen, to travel to the States to visit the police chaplaincies in America. With his permission, I went to Los Angeles, San Francisco, New York and Hawaii, and was well-received.

The States had good police chaplaincies and I was able to bring this knowledge back to Australia. The Commissioner was on board and so we introduced the Police Chaplaincy to Sydney. The idea was not altogether new to Australia: the Army had something similar, but nothing had ever existed for Police.

I remember Cardinal Freeman ringing up one morning, saying: “Fr Jim, coppers are coming to knock at your door! But they’re not there to arrest you. They’re going to appoint you as their Chaplain!”

How did you manage Police work and being a priest?

At one point I had the unachievable workload of being a chaplain to the St George Hospital, a curate, a parish priest, and Police Chaplain. All the while, I was recovering from significant back issues from a sporting accident in 1972, which has crippled me. And so the Church moved me to a slower parish, Tempe, to dedicate myself more fully to the Police ministry.

The Goulburn Police wanted what Sydney had, so my duties also extended south of Sydney. I visited Goulburn as much as 70 days a year alongside two other chaplains: an Anglican and Salvation Army man. We became good friends after my house burnt down in a burglary & arson hit in 1990 that left me without a roof over my head.

We would be on the spot at critical incidents: major plane crashes, car crashes, suicides, landslides. We would show the police we knew what they were going through. We wouldn’t be tucked away in offices, waiting for them to come to us. We were on the scene, ready, for them.

The Police acceptance of our work in Chaplaincy was marvellous. They ended up being very possessive of it! Now the Police Force has over 100 part time and full time chaplains.

Two moments stand out in my career especially. I was tasked with organising a spiritual centre for Olympians when the Games were in Australia. It was a shared religious ambition for the five major religions: Christianity, Judaism, Islam, Hinduism, and Buddhism. Another was acting as police to vet members of the clergy, or people pretending to be clergy, for Pope John Paul II’s visit after an assassination attempt on his life by a priest. 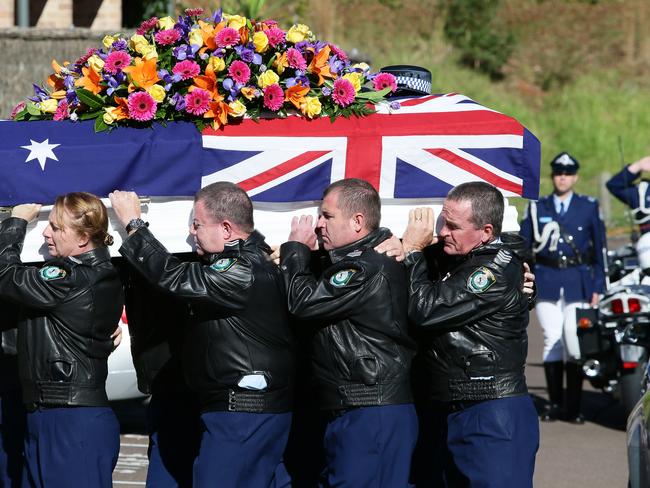 I’m still a chaplain, even after trying to retire! I’m 80 years old now, but still doing Chaplaincy work. I offer counselling over the phone, and stay in contact with other retired priests in Brisbane, Sydney and Melbourne. I have a good friendship with Fr Paul O’Donohue, who took over as the Police’s second full-time senior chaplain.

I’m unable to do parish work; I have to get around with a trolley. I certainly can’t manage sanctuary work, and things like processions are too difficult. But I do the gardening, and that keeps me at least a little active.

What advice do you have for Australian Catholics today?

Regain a sense of community in your Catholic parishes and circles! The same opportunities do not exist for Catholics today as there were in my youth for cultivating a sense of belonging. We had guilds, societies, balls, and parish picnics. These events unite people together. They hold people together.

The Church, the Police Force, society more broadly has, I think, lost its sense of togetherness. We must regain a sense of belonging. We used to have it. We can have it again.

Fr Jim received an Order of Australia Medal (OAM) for his efforts in establishing the Australian Police Chaplaincy. He was also made ANZAC of the Year in NSW in 1993, and received the NSW Police Commissioner’s Commendation.

Your donation of $50 will in turn become $150 with the Archdiocese of Sydney committing to give $2 for every $1 donated – tripling your gift. Please donate today.

To support our retired priests of the Archdiocese, please give today!