Meet Mark Anderson, one of your seminarians Mark Anderson’s journey is not the typical story of a seminarian. Now in his fifth year at Good Shepherd Seminary, Homebush, Mark recalls that in his 20s he was “not the kind of person you
would expect in a seminary.” Mark was born and raised in Sydney. After school, he graduated TAFE as an electrician – a job which he held for over sixteen years.

Spending a year abroad in London, Mark spent a further nine years working in rural Western Australia, in the remote mining cities dotted across the state.

While Scripture speaks of the wilderness in the spiritual life, a WA mining town is not usually the backdrop for the beginnings of a vocation – but it was for Mark. He remembers one of the turning points which set him on the path to the priesthood.

“I remember having a really bad day at work. It was a stinking hot day, and nothing was happening that was meant to be happening. I was in charge of this particular project, and everything was going wrong,” he said.

“I was at Karratha and there were these red craggy rocks in the sunset … and from out of nowhere I remember I had this desire—I just want to go to Mass.” 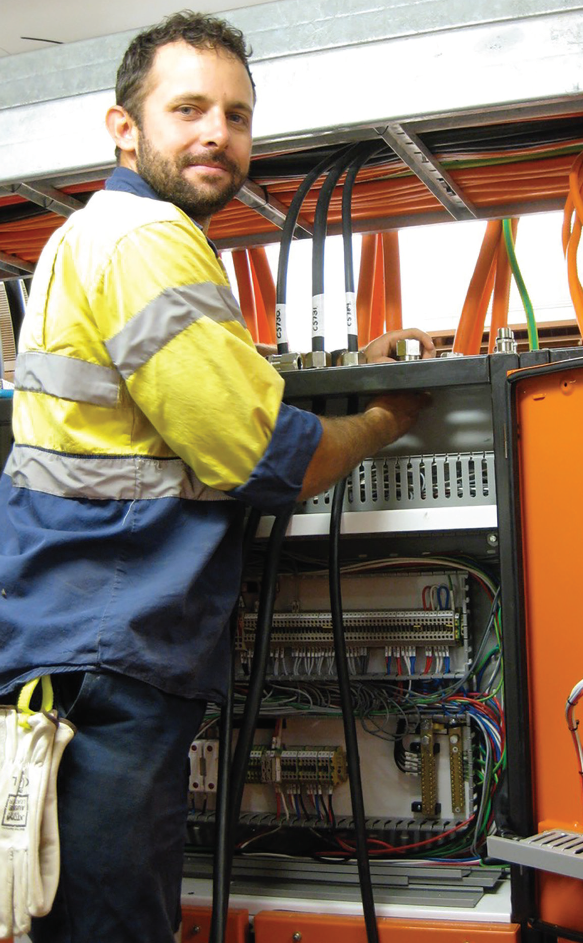 Mark had developed and continued a life of prayer from his childhood, but he says that until this point his faith had not grown beyond that of a child. When he returned to Sydney from the mines, he remembered this moment, and decided to go to Confession and Mass. As his prayer life grew, so did the idea of the priesthood.

“There were a couple of nice girls that I liked the look of ” he laughed “but I had this voice in the back of my mind that kept saying ‘you could do this [the priesthood]’ and I was like ‘Oh Lord, I don’t think I want that.”

“But God must have placed something in me. I was becoming very interested now in the faith, discovering and learning things that I had not before … I suppose I began to take on an adult faith, rather than the faith which you received from your parents.”

“I remember laying in bed one night … because I sat bolt upright, and I thought, ‘if this is true – then everything is different, if this is true I have to reevaluate everything. This was a turning point for me,” he said.

MARK RESPONDING TO GOD’S CALL
Now in his fifth year at seminary, Mark says that being in seminary are some of the happiest years in his life.

“I would say the first year in the seminary was probably one of the best years of my life. I felt really healthy, I feel there is a tremendous balance between work and recreation and prayer and sleep and healthy diet. I was so refreshed and encouraged,” he said.

“You have these great formators who are helping you discern where God wants you in your life so it is an amazing support network.”

“There’s excellent facilities, the kitchen, a beautiful chapel where we have our chance to pray. We have a sports program … there’s always someone playing basketball or tennis, we have a little gym on site. The guys are very active. There is often a tug between the sport and the study,” he said.

SEMINARIAN BROTHERHOOD
However, more than anything, the atmosphere of the seminary provides Mark and his brother seminarians with the opportunity to pray.

If I didn’t have the space to work on my studies the wheels would fall off. Also, being located at Homebush is helpful so the guys can get to their families and friends when they leave the seminary (during semester break).”

“The seminary is an excellent place for giving you the space and the time to hear what God is saying to you individually.”

“Any amount of engineering or any amount of scheming to make my own plan would not make me as happy as if I just did God’s will. If I do God’s will I will actually be happier than if I do my
own.”

“And I believe it is God’s will to have me here as a seminarian and as a future priest. And I can testify to that these last few years have been very happy for me. It is a great secret, and it is a secret that I wish more people knew,” he said.

“We are really lucky to be here.”